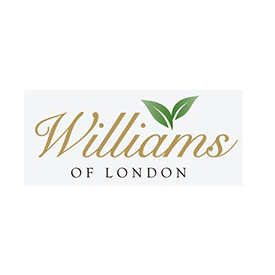 EA Williams is one of the oldest wholesale businesses at New Covent Garden Market. Originating from the Fenlands of Cambridgeshire, where they started with a small Fenland Farm (arable and beef) in the 1940s, the company added three more farms to form a 1,500-acre plot in the heart of East Anglia.

In the 1990s EA Williams was offering direct deliveries from New Covent Garden Market, which further expanded in 2005 to include three delivery routes through London and the Thames Valley. These were developed again in 2009 to include areas around central London, culminating in the creation of a dedicated direct delivery business called Williams of London.

Still very much focused on its British roots, during the natural seasons, EA Williams aims for in excess of 80% of its sales to be homegrown fresh produce.